Crossing Paths with a Hero 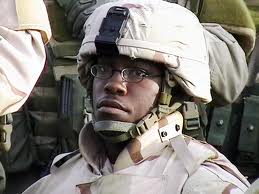 In 2005 I joined the USAF to serve my country and finish my education. The journey would change my life forever and make me into the man I am today. September 11, 2005, myself and 25 other USAF trainees left Georgia on a plane to start our Basic Military Training (BMT) at Lackland Air Force Base in San Antonio, Texas. When we arrived, the TI’s raided the bus screaming and throwing our gear into the street. We found out real quick that we were not in Georgia anymore. Over the next 7 weeks, our 50 Airman Flight would build a bond that would last forever. After week 1 I became the Dorm Chief and was directly responsible for my other 49 USAF brothers. My position called for understanding my fellow Airman’s strengths and weaknesses. I spent my days receiving direction from my TI and enforcing the standards placed upon us. Flight 587 was a conglomerate of highly motivated knuckleheads from all walks of life. We were a team, but some Airman stood out from the rest. Airman Jason Nathan was a quiet young man with a million dollar smile from Macon, Georgia. He was not a man of many words, but was definitely a man of actions. Throughout training he suffered through the night due to asthma and other breathing complications. There were nights where he would not sleep at all due to his violent coughing and gasping. Every morning, revelry would echo through the halls of the dorm followed by yelling and expeditious direction from our TI. Some Airman would be slow to get out of bed resulting in some face time with our TI for not acting as team. However, even though Jason never slept, he was always up and ready to go. He would pop up from his bunk bed, get dressed, and be out the door before the TI even saw him. Our next stop was PT, where a good night sleep was necessary to perform to the standards set by our leadership. Jason would burn up the track with blistering times on all running exercises, to include a pull up clinic that had the TIs drooling over their star Airman. Without sleep he would continually set the standard for fitness for hundreds of Airmen. His display of selflessness and perseverance motivated our flight to succeed.

Basic Military Training took 50 strangers and made us brothers. Our flight was 90% Security Forces, which meant in the next 6 months all of us would see the war first hand. The war seemed so distant at that time. The thought of one of us being killed in action seemed farfetched. Graduation came and we celebrated together and promised to keep in touch. The bus arrived and we all went in our separate directions to start our active military careers. I went to Sheppard AFB Texas for telecommunications and Jason stayed on Lackland to receive his Security Forces training. Jason and I both excelled in our training and received orders to our first bases. He went to Lakenheath, England and I went to Misawa, Japan. We all did our best to stay in contact over the next year. However, orders, time, land, sand, and water forced our paths in two different directions.

Our paths would cross again in a way that I will never forget and always honor. In 2007 Jason and I were tagged to deploy to the Middle East to support Operation Iraqi Enduring Freedom. We had no idea of each other’s location or orders to deploy. In June 2007, I was tasked to forward deploy to Camp Bucca, Iraq, via helicopter and convoy. The mission was intense and delivered my first view of what the war was really about. The 882nd USAF Security Forces Squadron needed our support repairing and installing communications infrastructure damaged by war operations. During my deployment to Camp Bucca, several IEDs injured and took the lives of USAF Airmen and Army Soldiers. When the mission was over, I returned back to my original deployment base on Ali Al Salem, Kuwait. Shortly after my return we received notice another Security Forces Airman lost his life in battle and we were to report to the Flight Line to render a salute to our fallen brother or sister. They said the fallen Airman’s name, but for some reason I blocked it out. Looking back that was my way of trying to remove myself from the emotional connection to another lost life. We all walked out to the flight line and rendered a salute to an Airman going home for good. An Airman who had given his or her life for the country they love.

Shortly after the C-130 flew the Airman’s body out of Ali Al Salem my deployment was up and it was time to return home to Japan. Upon my return to Japan I started to reflect on my deployment and all the ups and downs of the war. The image of the C-130 carrying the fallen Airman was fresh on my mind. I decided to research the date of the Airman’s death in order to place a name and story with my memory. I googled “Airman Killed in Iraq in June 2007”. The search came back with a story and the picture of a face that I knew. The face of a man of few words and many actions. The face of a man who I knew from Georgia. The face of a man who loved his family with all his heart. That face and that man was SrA Jason Nathan and he was my friend.

According to the report, SrA Nathan, while deployed in support of Operation Iraqi Freedom, was in the turret gunner position, riding in the 3rd vehicle of a four-vehicle convoy. His convoy was heading back to COB Speicher after completing training at an Iraqi police station in Tikrit when suddenly an improvised explosive device detonated, killing him instantly. Following his death they flew his body through Ali Al Salem Kuwait where my fellow Airman and I rendered him his final solute from the war zone. That was the last time I crossed paths with Jason, but it will not be my last.

Prior to his Jason’s death he was awarded Airman of the Year and selected as the top 10% of the USAF to be promoted early to E-4.

He was posthumously awarded the Purple Heart.

He died protecting who and what we love as Americans. His story and selfless actions will echo in history for all eternity. I am blessed to have crossed paths in this life with a True American Hero.